In 1878, August R. Meyer, a prominent mining engineer, built a two-story, Greek Revival home for his bride, Emma. Little did he know his nine-bedroom house, situated on a hill chosen for its terrific views, would endure for decades, ultimately becoming one of Leadville’s most beloved museums. 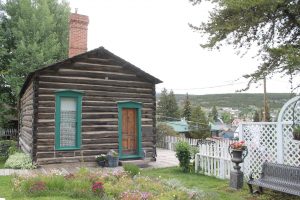 The house has undergone multiple transformations, from adding a cabin for mining investor and businessman, James. V. Dexter in 1879, to becoming a boarding house in 1885, to being adopted by the State Historical Society in 1936. Today, it’s operated as a museum by History Colorado and has been beautifully restored to a period between 1878 and 1910, showcasing lavish Victorian furnishings, polished wood floors, elegantly patterned wallpaper, and period lighting fixtures.